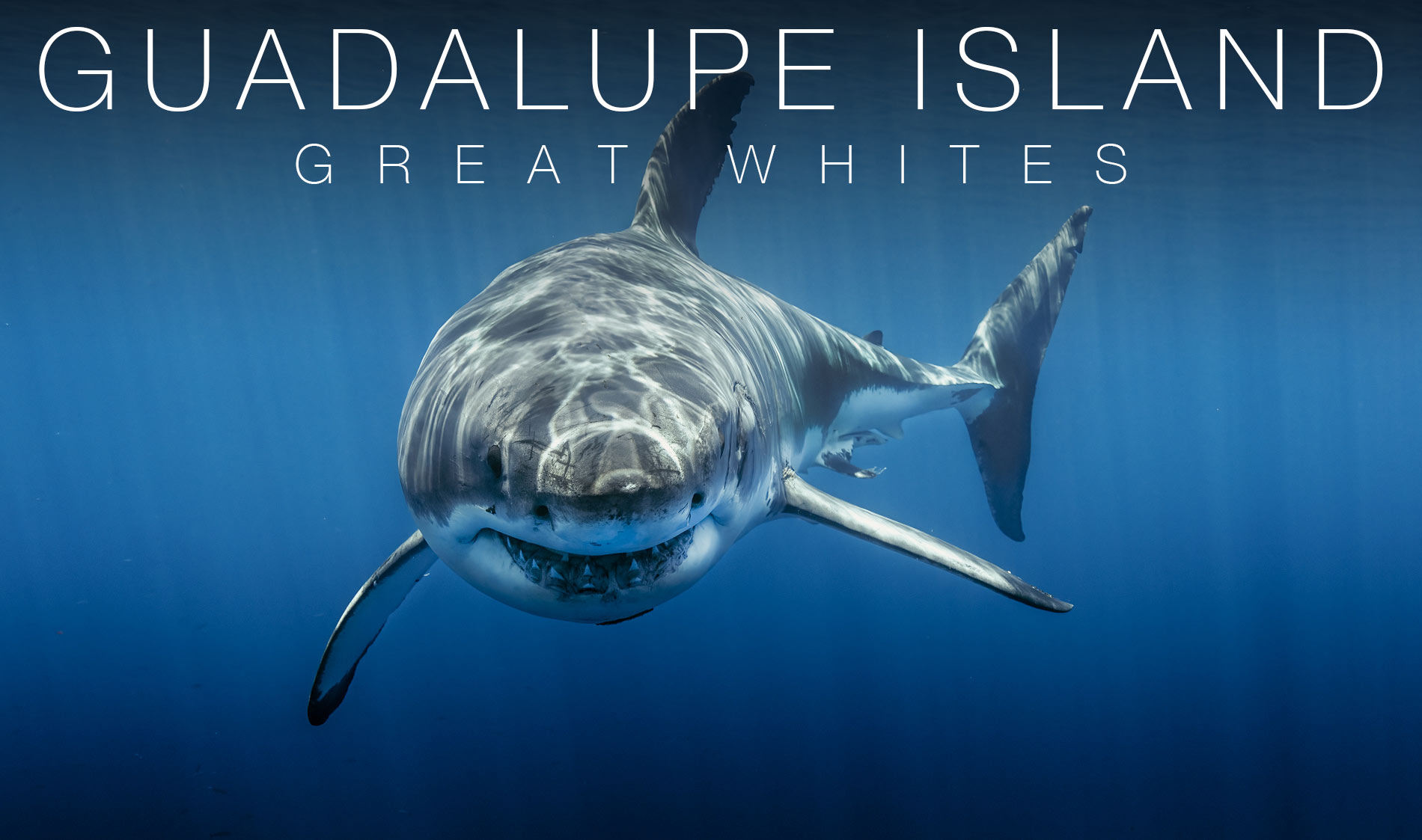 I recently had to opportunity to spend a few days at Guadalupe Island with Nautilus Liveboards on a great white shark tour. This was the first official underwater tour that I have been on.  Spoiler alert, it was awesome!  I had never been much into underwater photography, mainly just because I hadn’t ever been exposed to it.  But, in early 2020, right before the world shut down, I swam with orcas in the open ocean, and it was such an incredible experience, it led me to seek out more underwater photography.  Great whites and Humpback whales were immediately added to the top of my list. Now, after the sharks, rays, and other sharks have been added, and I am looking into dive certification.

This tour started off in Ensenda, Mexico.  I chose to fly into San Diego and start my adventure from there.   It’s about an hour and a half to a two hour drive from San Diego, which transport can be arranged through the tour service.  Upon arriving in Ensenada, I got checked in at the hotel, and after a quick dinner we made it to the marina to get checked aboard on the Belle Amie.  I had a slight detour, after passing through the border without getting my immigration form, but it’s a long story, and I eventually made the trip so I will just leave it at that.  Just be sure if you chose to drive across the border, you get your immigration form before leaving Tijuana for Enseneda.

We finally pushed off around 3am, with a 20 hour boat ride to Guadalupe Island.  The first day of traveling at sea was a great time to get to know the 30 some people who were aboard, learn about the crew and the boat, and get some initial introduction to what to expect the next morning, when we would wake up ready to dive with these amazing creatures.

The next morning came early, I was up around 530 am, and made my way up to the deck to capture some photos of sunrise. You know that feeling you get when you start something new.  Like a new job, or new school, that feeling of the unknown, with a splash of excitement, and a hint of adventure?  That’s exactly the feeling I had.   The island was mystical, and the sunrise was beautiful.  There was a cloud fall over the top of the island, and there was jagged rock off the point in the distance, that looked exactly like a sharks fin.  The sun was casting an orange glow on the clouds that were falling over the top of the island.  It felt as if I had woken up in a Disney movie featuring Dwayne “Rock” Johnson.  The boat crew was bustling around, making sure that everything was set for the start of the tour.  The kitchen smelled wonderful, and I felt as if I had the whole boat to myself.  I shot the sunrise from all three levels of the boat.  The kitchen crew gave me a coffee as I watched the crew get the cages ready. The excitement of getting in with huge great white sharks was building inside me.  Very soon, other participants started to flood the dive deck, and soon, we all had on our wetsuits and were ready to go.  It was a complete thrill!

I got ready, tested my housing, and made sure that it was holding the vacuum to protect my Sony a7R4 with the 12-24mm f2.8 lens.  There were 2 surface cages, and three submersible cages.  I went through a short briefing, and completed a test dive into the cage, and then I was able to go in with my camera.  The first dive, I was underwater for about 45 minutes.  There were small schools of fish swimming around the boat, and soon after I was down, I saw my first great white.  It was spectacular.  It glided by the cage and as soon as it appeared, it disappeared into the deep blue.  It was so elegant, and seemed to move in slow motion.   Then I saw another, and another.  Before too long, we had 4 great whites in our view.  It was amazing, and nothing like I ever imagined being close to a great white would feel like.

I have done tours, and been close to Polar bear, grizzly bear, Moose (which is by far the dangerous in my mind), Gorillas, and other large predators and animals, and I have never felt in personal danger at any point.  And this was no different.  Of course you have to pay attention, and keep your eyes on animals at all time, and know the setting that you are in, but being underwater with these huge beasts was actually very calming.  The breathing  of air through the lines in the cage, 4 seconds in and 4 seconds out, matched the calming effect of seeing these sharks glide through the water.  They were so graceful, until they decided to go for the bait, at which time I saw the true power and speed of these incredible sharks.

After that first dive, I couldn’t wait to go again, and I think I dove a total of 5 or 6 times that first day, from 7am to about 630pm. 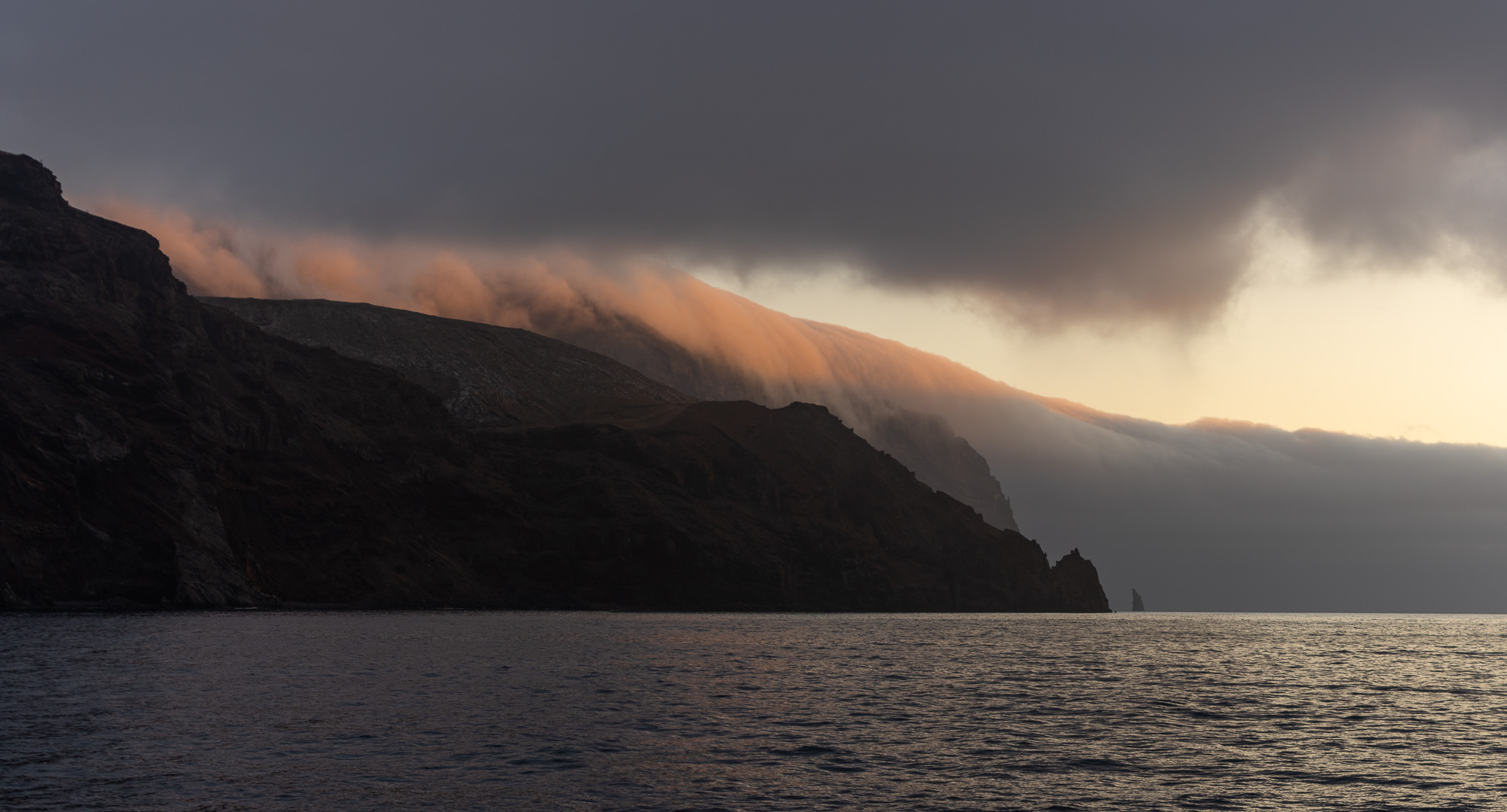 After the first day, I was exhausted. More so than I thought I would have been. I rested well that night, and woke up early again the 2nd day with the same excitement as the day before.  That day was Carol’s birthday, one of the participants onboard.  Carol was a beautiful, delightful woman from Mexico City, and the kitchen staff was busy preparing for her birthday breakfast with balloons and decoration in the dining hall.  A quick word about the crew. The kitchen crew was very attentive, and the food was amazing.  If you were busy diving, you always had a plate with your name on it, or snacks brought out in between meals.  The dive instructors were all very helpful and informative, all had a great experience with sharks, and were all eager to share that experience and information with us.  They gave several presentations about shark identification, behavior, and more.

After celebrating Carols birthday, we were all back in the water all day long.  I was only in the surface cages, but they had submersible cages for those who were dive certified.  As a photographer, that was fine for me, because the best light for photography was at the surface cages. It was amazing to catch the sun rays beaming through the ocean, and see the spectacular light show on the backs of the sharks.

I learned a lot too, about underwater housings, and specifically the aquatica underwater housing that I purchased directly before the trip.  It was easy to learn, and had a visual and audible warning if you lost vacuum, and any water was detected, which luckily, I did not experience.  I shot the Sony A7R4 with the 12-24 f2.8 the entire time underwater, which worked flawlessly, and produced some great images.

In the end, it was an amazing experience, and the three days in the water was a perfect introduction for me.  I see myself doing this trip for years to come, and I already can’t wait to get back out there.  Nautilus liveboard tours was definitely a good decision, and I would highly recommend them to anyone wanting to experience the great whites of Guadalupe Island. 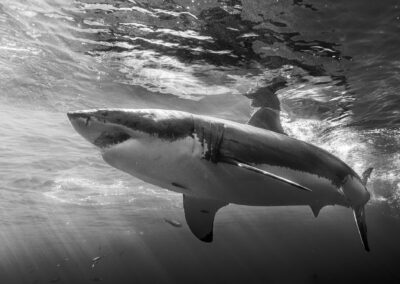 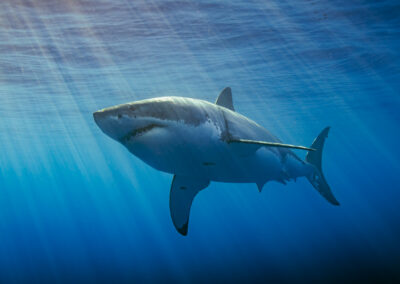 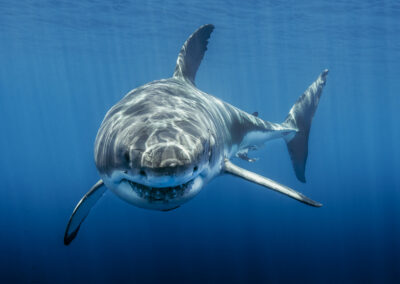 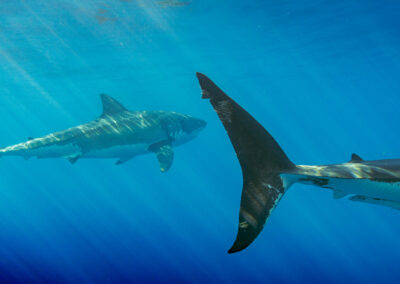 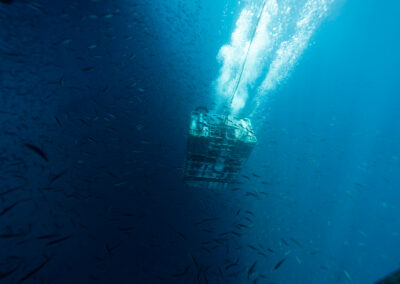 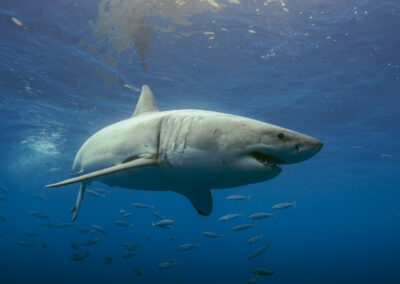 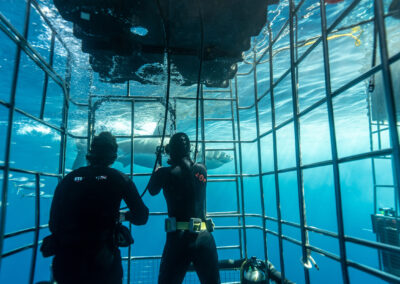 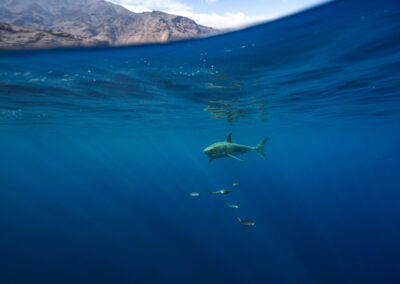 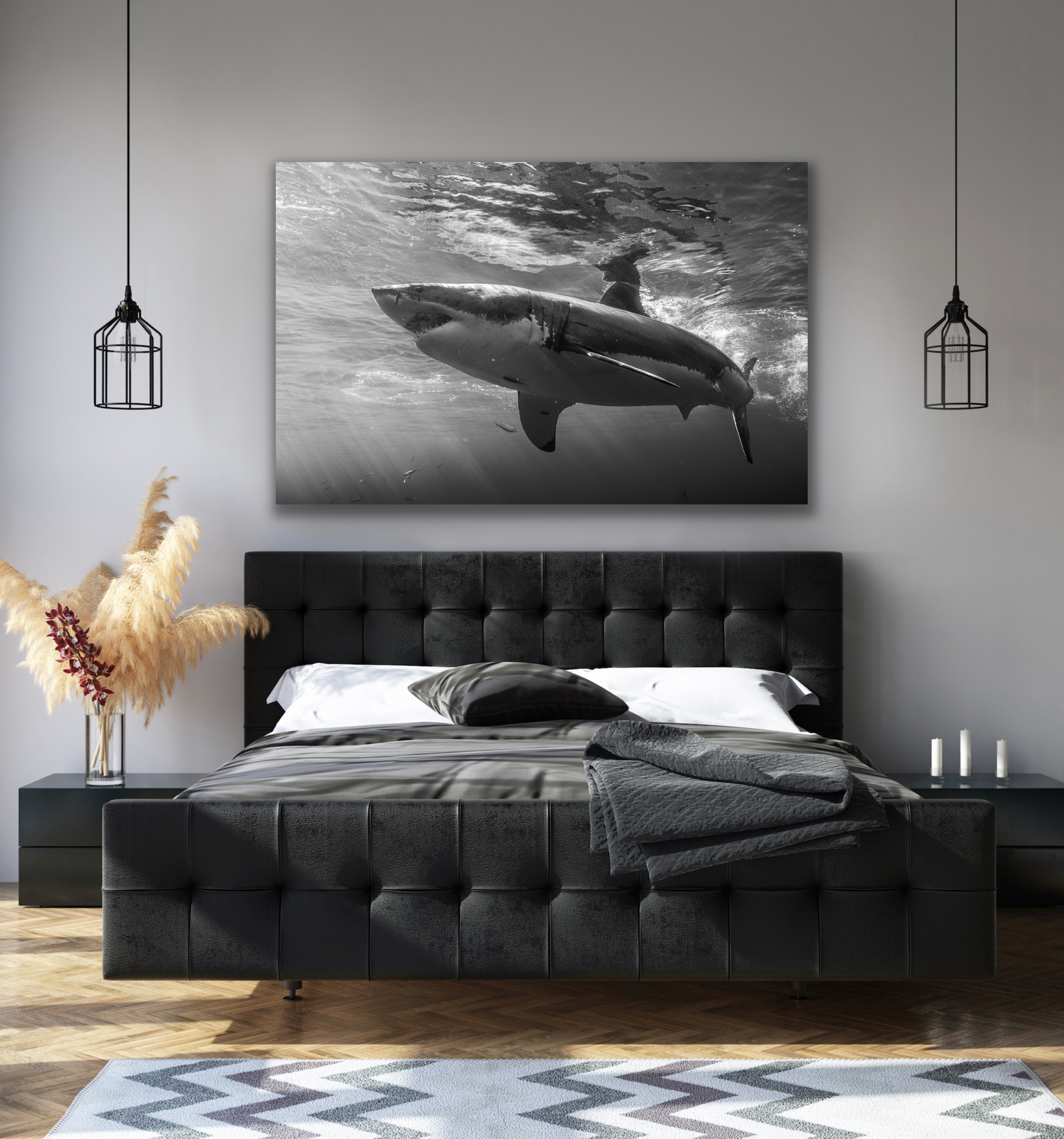