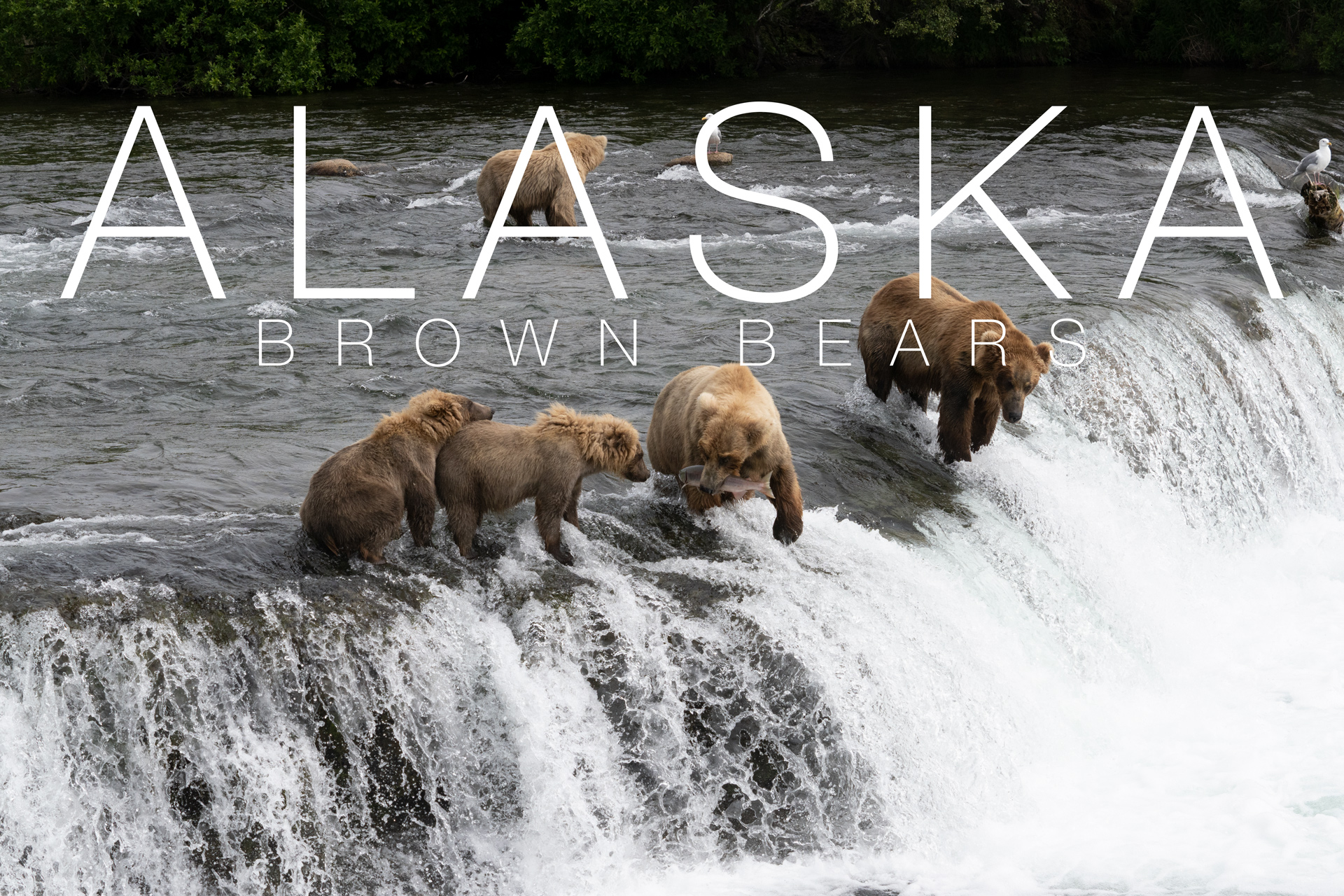 I recently returned from Alaska on a Brown Bear tour with Aaron’s tours.  It was a fantastic tour with an adventure filled week of photographing brown bears in Lake Clark and Katmai National parks.

We started from Anchorage, where we met with the group and had a brief orientation.  From there, we flew to Lake Clark National park where we stayed for 3 days.  Starting each day with breakfast overlooking meadows filled with brown bears, followed by interacting with them in their environment, is something that I will never forget.

The first part of the trip was spent photographing brown bears grazing in the sedge fields, and on the beaches clamming during low tide.  We had some incredible experiences with the bears, and learned quite a bit of their individual characteristics and history.  Like Crimp Ear, a bear that had lost her spring cub the year prior to a horrific attack from a boar (male bear).  Around the same time, another sow (female bear) Agora, had a spring cub that she had kicked out to live on her own.  Crimp Ear took that spring cub in as her own, and we were fortunate enough to be able to spend some good quality time with them during this part of the trip. See below pic of them on the beach after a hard afternoon of clamming.

While at Lake Clark, we also had a unique opportunity to photograph Puffin one day on an island not far from where we were staying.  It ended up being a perfect day, weather wise and tide, for us to get to the island and get a great experience with the birds.  This was totally unexpected, and ended up being one of the great parts of the trip.  We spend about a half day on the island.

The second part of the trip was spent in Brooks Falls, in Katmai National Park, just west of Lake Clark.  Brooks Falls has always been one of my bucket lists in terms of Alaska.  It was made famous by the legendary wildlife photographer, Thomas Mangelson, in 1988 as he captured “The Catch of the Day”, a brown bear catching a jumping trout in mid air.  Every since that shot, I have wanted to experience this place, and capture my own history.   It took about a day to get there, and we were all excited to hit the falls early the next morning with hopes to see several bears on the falls.

As we approached the falls the next morning, I could hear the water rushing the closer we would get, and my excitement built with each step in hopes to find some bears fishing on the top of the falls.  As we got a break in the trees to see the river, my breath was literally taken away as I saw number of bears in the river.  I expected to maybe see 5-7 bears, but we had greatly underestimated them. At first count, there were 22 bears in the river.  Five or more were fishing on the top of the falls!  The most I counted during the next three days were 28.  Twenty eight bears!

We saw some great interactions at Brooks Falls, and also learned quite a bit about the bears, and the hierarchy that exists at the falls.  One story from one of the rangers, was that of the dominant sow with 2 cubs, pictured at the top of this page.  Apparently, she started the season at the back of the line, down the river.  The falls are where the dominant bears stay, with the higher chance of catching fish.  She started the season at the back of the line, but fought her way up to the top of the falls.  Her 2 cubs were always close by, and would stand patiently waiting for her to catch a salmon.  When she would catch one, she would bring it to the cubs, feast, then return to the falls to push off whatever bear had moved into her spot to fish.

This trip was a much needed trip for me.  After the past year of COVID, and having trips either cancel, or shut down due to the pandemic, it was a great way to experience that the natural world still exists, and is waiting to be shared with us.

Once again, Aaron’s Tours did not disappoint!  For more information on Aaron’s Tours, visit www.aaronstours.com 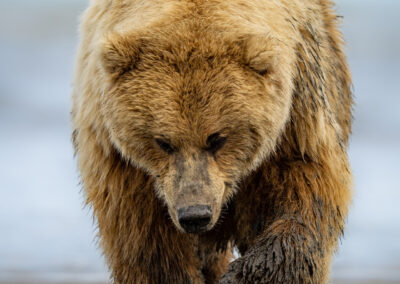 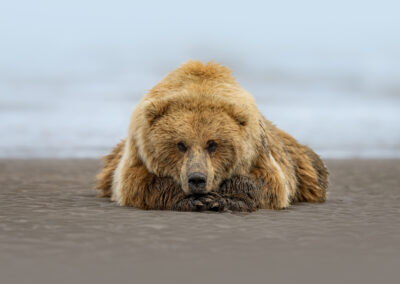 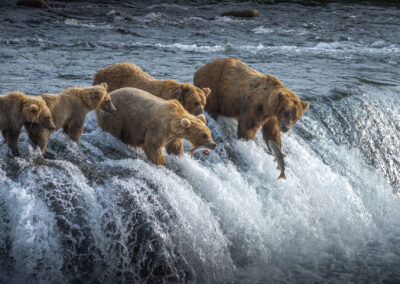 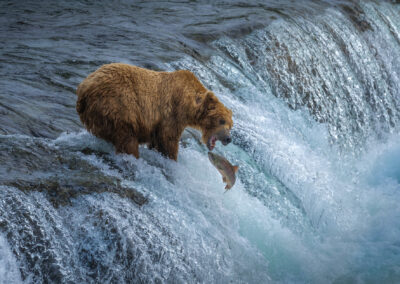 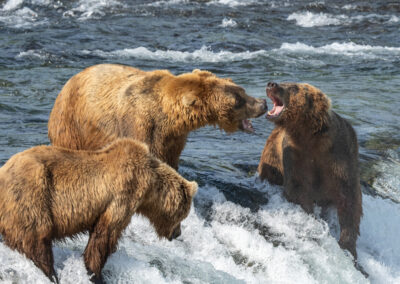 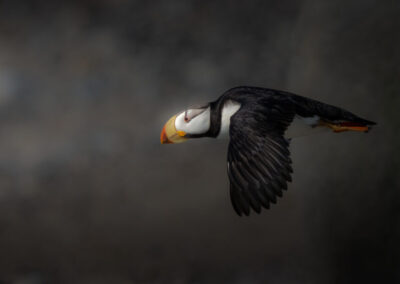 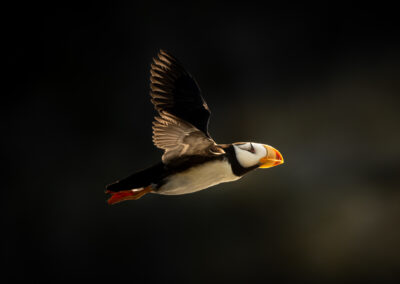