You dont have javascript enabled! Please enable it!
0 Items

An Endangered Species in Recovery

Spending some intense, close, and personal time with these amazing animals has definitely been one of the highlights of my photographic journey.

The mountain gorillas, the world’s most endangered ape, is found only in small portions of protected afro Montane forests in northwest Rwanda, southwest Uganda, and eastern DRC. Hidden high among the forested volcanoes of East Africa, the mountain gorilla was unknown to science until 1902, when two were first encountered by a German explorer and promptly killed. It set the tone for the relationship. For much of the time since, due to deforestation and poaching, it has seemed that the mountain gorilla was swiftly destined to be lost to the world again. Not long after the species’ greatest champion, the American zoologist Dian Fossey was killed in Rwanda in 1985-there were fewer than 300 of the giant primates left in the wild.

This large silverback was a member of the Susa Group, and got his name because he travels between the regions of Rwanda, Uganda, and DRC. He was an amazing silverback, and this portrait displays an up-close and personal look into his eyes. 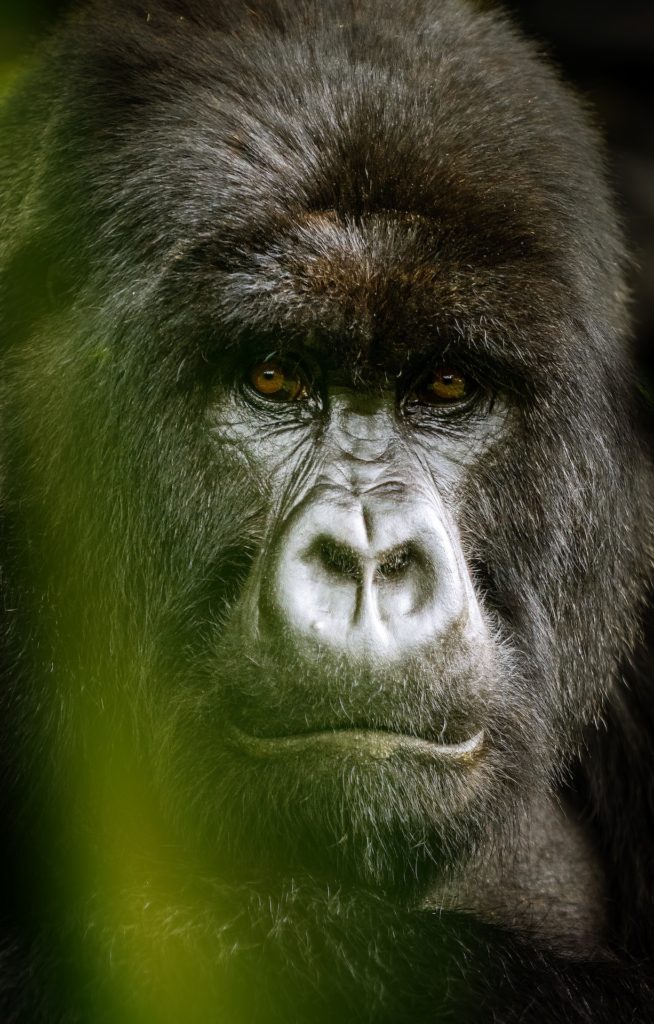 Every photograph produced is printed on only the finest materials, providing the highest quality in printing, and come with a seal of quality from the printer in Germany. They reproduce the details, just as he witnessed them.

Matte acrylic glass is Michael’s top choice for printing, and each print uses the latest laser technology and traditionally developed. Brand-name papers guarantee optimal results. There is an enhanced appearance of depth. Your photo’s color is increased and intensified, even for softer colors.